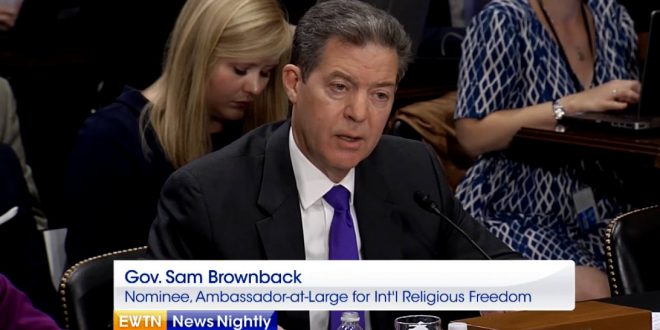 Sam Brownback, in line to be ambassador-at-large for international religious freedom, on Wednesday defended his decision as Kansas governor to scrap an order that barred discrimination based on sexual orientation or gender identity.

Brownback in 2015 rescinded the order issued in August 2007 by then-Gov. Kathleen Sebelius that banned discrimination against gays, lesbians, bisexuals and transgender individuals in hiring and employment agencies under the governor’s direct control. He told the Senate Foreign Relations Committee at his confirmation hearing that Sebelius, a Democrat, had acted unilaterally and undercut the Kansas’ legislature.

Brownback, a favorite of Christian conservatives for his strong stances against abortion and same-sex marriage, also declined to unequivocally declare there is no situation that would allow a country to cite religious freedom as the basis for criminally prosecuting LGBT people. “I don’t know what that would be, in what circumstance,” he said in response to a question from Sen. Tim Kaine.