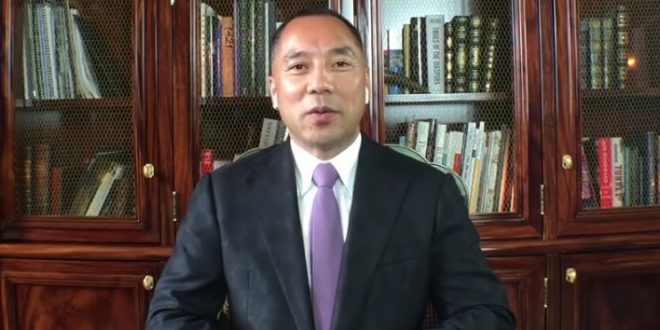 REPORT: Trump Decides Not To Deport Fugitive Chinese Billionaire After Learning He’s A Member At Mar-A-Lago

President Donald Trump was reportedly on the verge of deporting billionaire Chinese fugitive Guo Wengui, but changed his mind after aides informed him that Guo is a fellow billionaire and a member in good standing at the president’s Florida resort, Mar-a-Lago. According to Vanity Fair‘s Isobel Thompson, Guo is wanted on charges of rape, bribery and kidnapping in his native China.

Much like Trump, the international fugitive is a wealthy real-estate developer with a massive Twitter following and an intense interest in building and promoting his personal brand. Longtime Trump friend and casino magnate Steve Wynn delivered Trump a letter from the Chinese government demanding Guo’s extradition. Trump was inclined to take his friend’s advice, in spite of the conflict of interest posed by the fact that Wynn is dependent upon China’s approval to obtain licenses for his casinos in Macau.

The Vanity Fair piece is really something. Breitbart is characterizing Guo as a “dissident.” He is live-streaming on YouTube at this writing.