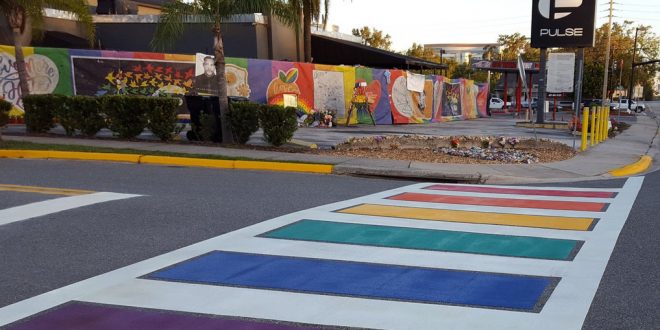 The work finished on National Coming Out Day.

A crosswalk to honor the Pulse nightclub victims was completed early Wednesday by the city of Orlando. A petition on change.org for the installation of the sidewalk was signed by more than 2,000 people to pledge their support to honor the men and women who lost their lives at Pulse on June 12, 2016.

Beautiful tribute honoring the 49 who died in the #Pulse nightclub massacre. City of #Orlando workers putting in a #rainbow crosswalk @WESH pic.twitter.com/B7PtX9BjDe