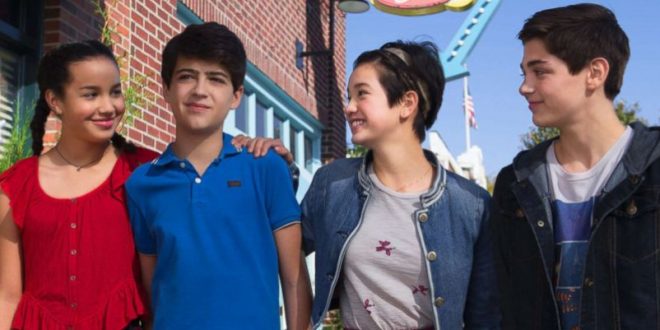 One Million Moms Vs The Disney Channel

That was fast. Just in via email from Monica Cole:

Alerting all parents! Additional controversial content will be included in the Disney Channel show “Andi Mack” during season two, premiering Friday, October 27, at 8:00 p.m. ET/7:00 p.m. CT. 1MM earlier warned parents this program is not suitable for a kids’ network, and now the show is introducing the network’s first gay character.

In a first for the Disney Channel, the show “Andi Mack” will spend an hour focusing on one of the main characters coming out as gay. Young teen Cyrus Goodman is a key member in the program’s cast. During the season two premiere, he’ll make Disney Channel history as he grapples with his feelings for another boy. And in subsequent episodes, he’ll work these feelings out along with having a new girlfriend.

By choosing to abandon family-friendly entertainment, Disney’s inexplicable choice to move toward more “adult” fare may ultimately prove to be a huge mistake. Disney’s first gay kiss aired earlier this year on Disney XD’s animated series “Star vs. the Forces of Evil.” The scene took place at a concert where the band played a romantic tune that inspired many couples in the audience to kiss; a few of those couples — none of which involved a main character — were same s*x.

TAKE ACTION: Sign the Disney Pledge stating you will not support Disney unless they produce family-friendly entertainment.