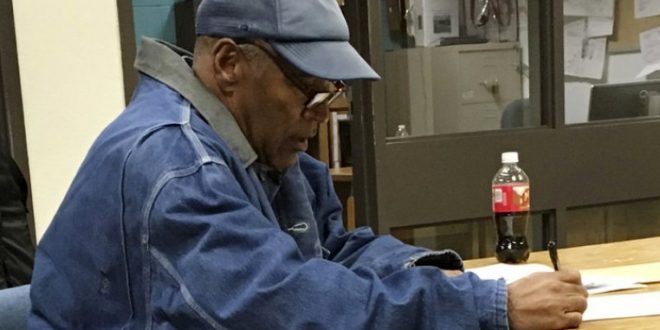 Former football legend O.J. Simpson became a free man Sunday after serving nine years for a botched hotel room heist that brought the conviction and prison time he avoided after his 1995 acquittal in the killings of his ex-wife and her friend.

Simpson was released at 12:08 a.m. PDT from Lovelock Correctional Center in northern Nevada, state prisons spokeswoman Brooke Keast told The Associated Press. She said she didn’t know immediately where Simpson was headed in his first hours of freedom, adding an unidentified driver met him and took him to an undisclosed location.

Simpson has said he wanted to move back to Florida, where he lived before his armed robbery conviction in Las Vegas in a September 2007 confrontation with two sports memorabilia dealers. But Florida prison officials said documents weren’t filed, and the state attorney general says she doesn’t want Simpson to live in the state.