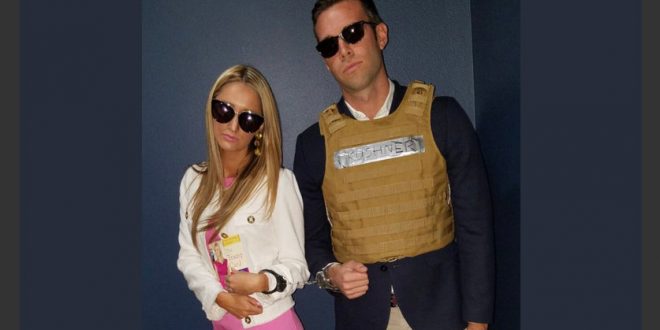 An ex-speechwriter for former President Barack Obama apparently dressed as Jared Kushner for Halloween, and handcuffed himself to his wife, who dressed as Ivanka Trump. Jon Favreau tweeted out a photo of the costume, which shows him mimicking Kushner when the president’s son-in-law and White House senior advisor wore a flak jacket over his blazer and khakis during a trip to Iraq. Favreau is handcuffed to his wife Emily, who is wearing a pink dress and is holding a copy of Ivanka Trump’s book “The Trump Card.”

Early case of the Mondays? pic.twitter.com/ZcCbHhFxym