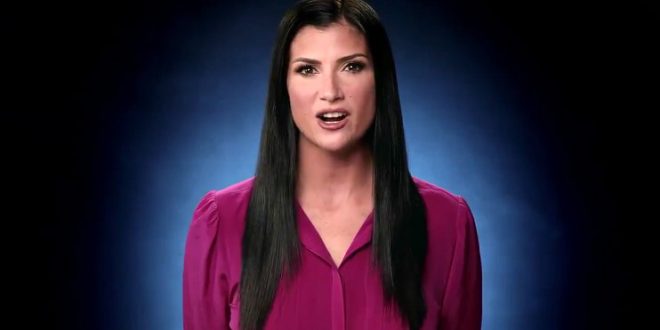 “We are witnesses to the most ruthless attack on a president and the people who voted for him, and the free system that allowed it to happen, in American history,” Loesch says at the beginning of the video. Scenes of anti-Trump protesters and an image the Capitol flash on screen as Loesch continues, ripping in to Trump’s “hateful” critics.

“From the highest levels of government, to their media, universities and billionaires, their hateful defiance of his legitimacy is an insult to each of us,” she continues. “But the ultimate insult is that they think we’re so stupid that we’ll let them get away with it.”

From Death And Taxes:

Did you know that the New York Times makes the president look stupid? Did you know that NFL players are taking a knee during the National Anthem? DID YOU KNOW that a montage of protest footage accompanied by dramatic music can make pretty much anyone feel an impending sense of doom?

Folks, welcome to the paranoid fever dreams of the new NRA, who released this extremely regular video, entitled “The Ultimate Insult,” on its NRA TV channel this week. The clip, narrated by spokeswoman Dana Loesch, is next-level shit.

The NRA scaring the shit out of its members to drive up gun sales is hardly an innovative strategy for the organization, though this new video series seems far more Alex Jones than Charlton Heston.

“We are witnesses to the most ruthless attack on a president & the people who voted for him…in American history.” –@DLoesch #NRA pic.twitter.com/rcPAKMVJI0

Um, NRA says that I will “perish in the political flames” b/c I oppose Trump?

Yeah, they’re not inciting violence at all. Nope. Not at all. https://t.co/xcLh1XtbLi

The NRA is a political organization whose enemy is America as a whole. https://t.co/FlXB2JJvpP

Credit where due. This new NRA spot didn’t threaten to fist anyone.

the message is fascistic but i honesty can’t get pass the extremely bad copy and loesch’s stilted reading https://t.co/355n5JZAnj