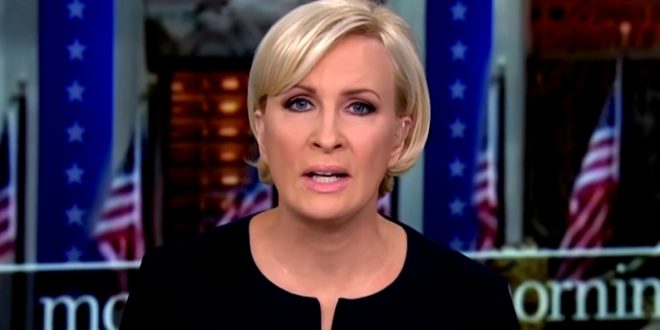 MSNBC’s Mika Brzezinski: We Asked Republicans To Discuss Las Vegas Terror And They All Declined [VIDEO]

MSNBC’s “Morning Joe” hosted two Democratic lawmakers — but no Republicans — to talk about gun laws in the wake of the horrific mass shooting in Las Vegas. But that’s because no Republicans agreed to go on TV to discuss the massacre, according to co-host Mika Brzezinski.

“We just want to mention that we did ask a number of Republicans to be on this morning, because you’re seeing a lot of Democratic lawmakers joining us this morning, and they all declined,” Brzezinski said.

Previous After Massacre, Bannon Warns Trump Not To Consider New Gun Controls: It Will Be “The End Of Everything”
Next Police Found Shooter’s Room Due To Smoke Alarms From Gunfire, Photos Released From Inside Room