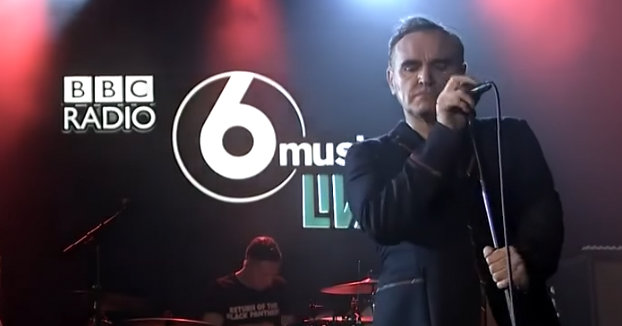 During a live set being broadcast on BBC 6 Music to promote his new album this week, Morrissey decided to veer away from traditionally appropriate crowd patter such as, “This is a new song,” and “Woo!” to gravely discuss his views on the UKIP leadership contest.

“I was very surprised the other day – it was very interesting to me – to see Anne Marie Waters become the head of UKIP,” he said, before adding: “Oh no, sorry, she didn’t. The voting was rigged. Sorry, I forgot.”

The response? Silence. Absolute, world-swallowing silence from the crowd, all of whom seemed utterly mortified. They were supposed to be having a fun afternoon out, watching the singer from their favourite teenage band tear through some classics, and instead they found themselves being subjected to Bad Moz and His Suspect Politics.

“UKIP” just isn’t a word with which to win over a 6 Music audience. “I like secondhand corduroy jackets,” yes. “I miss the Soup Dragons,” yes. Swivel-eyed conspiracy theories about far-right parties not electing a leader with a talent for being cruel to specific religions, less so.

From what I can tell, Anne Marie Waters, who is openly lesbian, is Britain’s version of Pam Geller. The above-linked piece goes on to note how Morrissey’s increasingly extremist political views are ruining The Smiths for even hardcore fans.