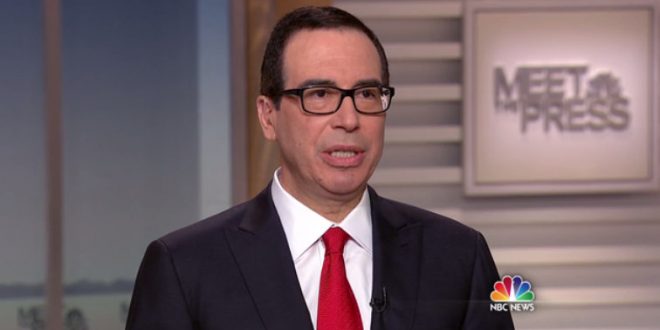 Mnuchin: When Trump Gets Attacked, He Attacks Back

On Meet The Press this morning, Treasury Secretary Steven Mnuchin defended President Trump over questions about his combative Puerto Rico tweets. Chuck Todd opened by asking why the President seemed “so angry in his tweets” yesterday.

Trump in particular blasted San Juan Mayor Carmen Yulín Cruz, and Todd asked Mnuchin why Trump wasn’t showing more “empathy” for her situation. Mnuchin said, “When the President gets attacked, he attacks back. And I think the mayor’s comments were unfair, given what the federal government has done.”