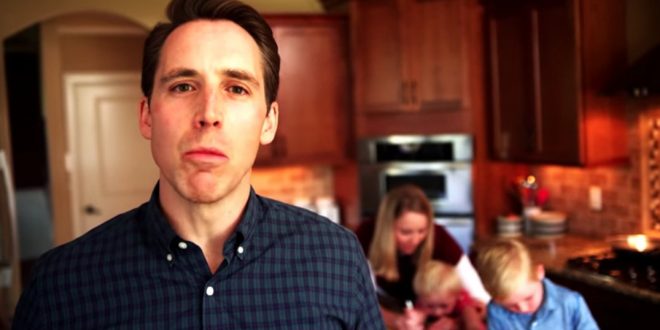 The guy who once advocated that Missouri legalize anti-LGBT discrimination (even though no statewide protections currently exist) today announced his run for the US Senate.

Republican Missouri Attorney General Josh Hawley has made it official: He’s running for the U.S. Senate against incumbent Democrat Claire McCaskill in 2018. Hawley, a 37-year-old in his first year of elected office, will release a video Tuesday morning announcing his candidacy.

He said he wasn’t planning to run for Senate. “But we believe we have to do all we can to win a better future for our country,” Hawley said on the video.

McCaskill and Missouri Democrats have anticipated the announcement for months. The Missouri Democratic Party in July launched a digital ad accusing Hawley of using the attorney general’s office as a stepping stone to higher office.

Prior to his current stint as Missouri Attorney General, Hawley was a lawyer for the anti-LGBT Becket Fund For Religious Liberty, which represented Hobby Lobby before the Supreme Court.