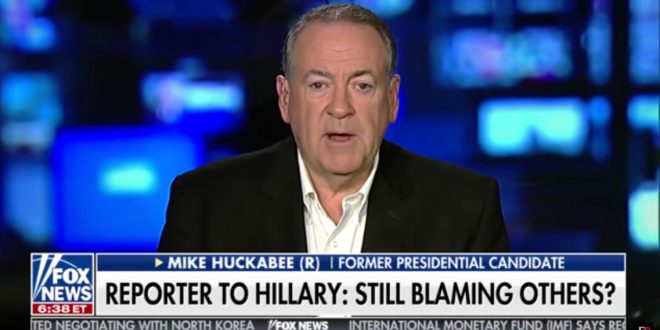 Mike Huckabee appeared on Fox & Friends this morning to react to Hillary Clinton saying in an interview that “we just elected a person who admitted sexual assault to the presidency.” Clinton made the comments in an interview with Channel 4’s Matt Frei, while she was discussing Harvey Weinstein.

Abby Huntsman brought up that moment from the interview and asked Huckabee, “Has President Trump ever admitted to being a sexual assaulter?” Huckabee said, “I don’t recall that that’s ever happened.”