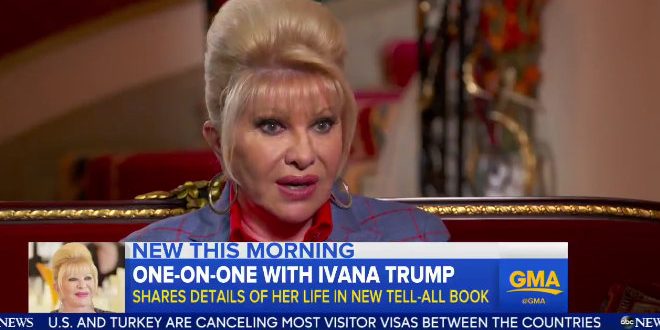 Melania Trump may be living in the White House, but Ivana Trump considers herself President Donald Trump’s original first lady. The first Mrs. Trump gave herself this title during a recent interview with Good Morning America.

During the interview, Ivana said she has the “direct number to the White House” but that she doesn’t really use it.

“I don’t really want to call him there because Melania is there and I don’t want to cause any kind of jealousy or something like,” she said before adding “because I’m basically first Trump wife, OK? I’m [the] first lady.”

Ivana says she has the direct number to W.H., but won’t call Trump because she doesn’t want to make Melania jealous. pic.twitter.com/9dejBo7QE6