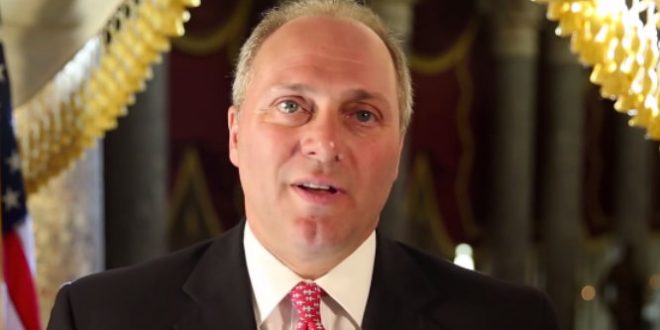 There were times when we wondered if House Majority Whip Steve Scalise (R-La.) would ever speak at VVS again. But next week, the miraculous recovery of my good friend will literally take center stage, as Steve makes a return trip to the biggest gathering of pro-family conservatives in the country after a shooting that rocked the country. For so many Americans, seeing him back at work, defending our values, has been an answer to prayer — and we look forward to celebrating his incredible journey back to health next Friday, October 13.

While a member of the Louisiana legislature and as his website proudly notes, Steve Scalise authored his state’s successful 2004 ban on same-sex marriage. He continued his crusade in the US House, authoring and sponsoring numerous anti-marriage bills, including a 2014 attempt to allow states to override any federal rulings on same-sex marriage rights.

Below is this year’s gallery of rogues at the Family Research Council’s Values Voter Summit in Washington DC, which as longtime JMG readers know, triggers an annual flood of DL postings on Craiglist.