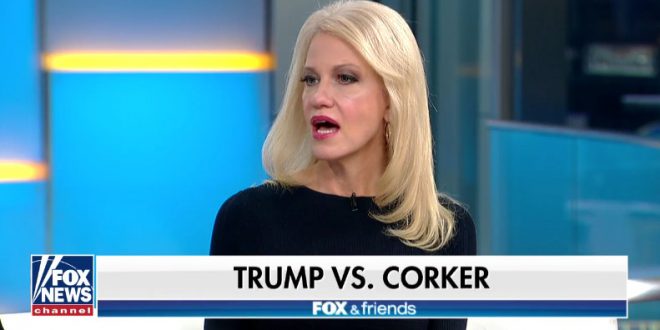 Kellyanne Conway — counselor to President Donald Trump — has some counsel for Sen. Bob Corker (R-TN). Never tweet. Appearing Monday on Fox & Friends, Conway blasted the retiring Senator for his Sunday tweet in which he referred to the White House as an “adult day care center.”

She, apparently, took issue with the Senator for delivering a harsh personal insult to the President — with whom he shares a political party — via Twitter. “I find tweets like this to be incredibly irresponsible,” Conway said — without any trace of irony whatsoever.