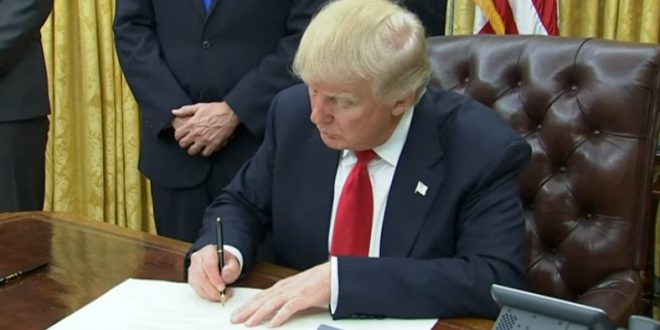 President Donald Trump is trying to do with the stroke of a pen what Republicans in Congress could not — bring about the end of the Obamacare markets.

Trump is expected to sign an executive order on Thursday directing an overhaul of major federal regulations that would encourage the rise of a raft of cheap, loosely regulated health insurance plans that don’t have to comply with certain Obamacare consumer protections and benefit rules. They’d attract younger and healthier people — leaving older and sicker ones in the Obamacare markets facing higher and higher costs.

It’s not yet clear how far the administration will go, or how quickly it could implement the president’s order. But if successful, the new rules could upend the way businesses and individuals buy coverage — lowering premiums for the healthiest Americans at the expense of key consumer protections and potentially tipping the Obamacare markets into a tailspin.

“Within a year, this would kill the market,” said Karen Pollitz, a senior fellow at the Kaiser Family Foundation who previously worked at former President Barack Obama’s Health and Human Services Department.

Junk insurance, here we come! And the small biz people who hate Obamacare will cheer, til they need to use it. https://t.co/QFM8Kg2myc

Trump’s abuse of presidential power to undermine laws passed by Congress rather than faithfully execute them: https://t.co/wj2nnDjhjF

“I will replace Obamacare with something terrific!”

“Having failed to replace Obamacare, I will try to make your premiums as high as possible!”