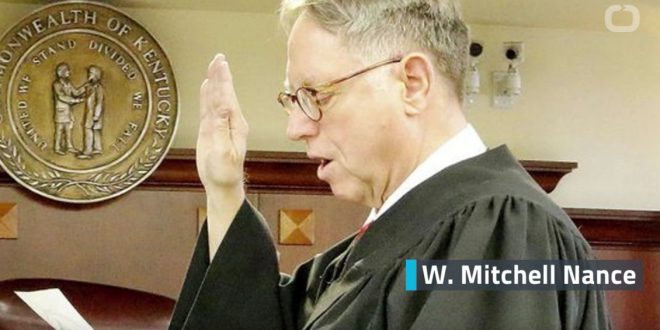 In May, Lambda Legal, the American Civil Liberties Union, the ACLU of Kentucky, Kentucky’s Fairness Campaign, and University of Louisville Law Professor Sam Marcosson filed a complaint against Judge Nance for violating Kentucky’s Code of Judicial Conduct by recusing himself from any adoption proceedings involving lesbian, gay, and bisexual people.

“Judge Nance must have seen the writing on the wall,” said Chris Hartman, Director of the Fairness Campaign. “He had proven he could not deliver the basic impartiality required by his office when it came to LGBTQ people and their families. Judge Nance’s only possible pathways forward at that point were resignation or removal from office–either is a victory for social justice and LGBTQ civil rights.”

“All citizens of Kentucky have the right to fair treatment before the judiciary,” said Currey Cook, Counsel and Youth in Out-of-Home Care Project Director at Lambda Legal. “LGBTQ people who seek to provide adoptive homes for children who need them, and all other LGBTQ Kentuckians, now have clarity that anti-LGBT bias from the bench will not be tolerated in their state.”

Previous Sen. Marco Rubio: I Didn’t Pay For The Trump-Russia Dossier, But I Would Have Used It If I Had [VIDEO]
Next DOJ Petitions Supreme Court To Make Oral Arguments Against LGBT Rights During Colorado Baker Hearing