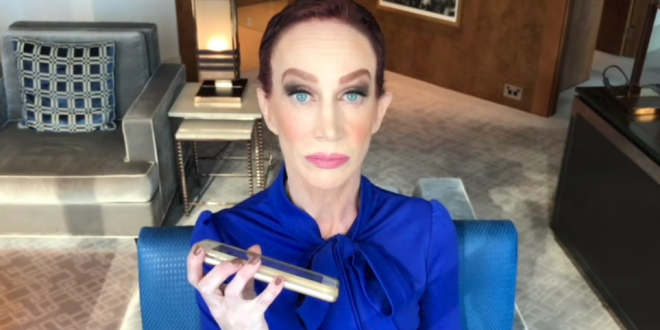 Kathy Griffin released Harvey Levin’s phone number on Saturday, revealing the private information in a YouTube video. The comedienne said she was doing so in retaliation for how he’s treated her. But she also goes after Andy Cohen, alleging he asked her to do cocaine before “Watch What Happens Live.”

The video begins with Griffin slamming TMZ and its role in kicking off the scandal that plagued her earlier this year when she posed for a photo with a replica of Donald Trump’s bloody head.

“It’s not at all over. It’s still going on. In fact, it’s gotten worse for me,” she says. Griffin then plays a voicemail Levin allegedly just left for him on Friday, asking her to call him. She plays the message in its entirety, purposefully so people can hear the phone number that he asks her to call him back on.

Griffin goes on to trash her agent, her publicist, CNN head Jeff Zucker, and so much more.

Andy Cohen, who worked closely with Kathy Griffin at Bravo for years, pretends he doesn’t know who she is when asked by TMZ. pic.twitter.com/kF0Cs7CVRU