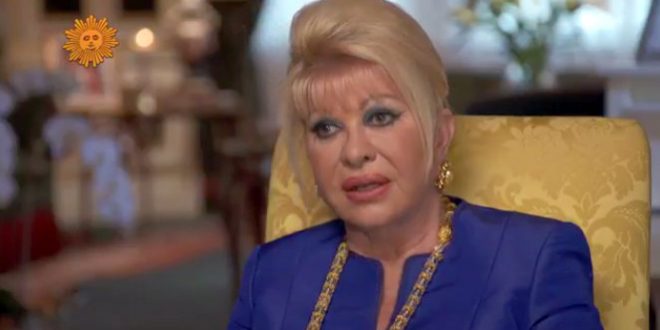 Ivana Trump, the first wife of President Donald Trump, says he offered her the ambassadorship to the Czech Republic and that she advised him to tweet, in an interview with Jim Axelrod for CBS’ “Sunday Morning,” to be broadcast October 8. Trump, who says she talks with the President weekly, tells Axelrod her ex-husband asked her advice about using Twitter to communicate to the public.

“I said, ‘I think you should tweet. It’s a new way, a new technology. And if you want to get your words across rightly, without telling The New York Times, which is going to twist every single word of yours, this is how you get your message out,'” she told Axelrod. Asked about critics who suggest the president should not use Twitter, Trump replied: “Well, it’s a tweeting president. This is his new way, how to put the message across. And he’s right.”

“‘Ivana, if you want it, I give it to you,’” Ivana Trump quotes her ex-husband saying he would make her US Amb to the Czech Republic.

On @CBSSunday, Ivana Trump, POTUS’ ex-wife (Ivanka/Don/Eric’s mom), says she talks to POTUS once a week and encourages him to tweet. pic.twitter.com/6SvGtqGJw3