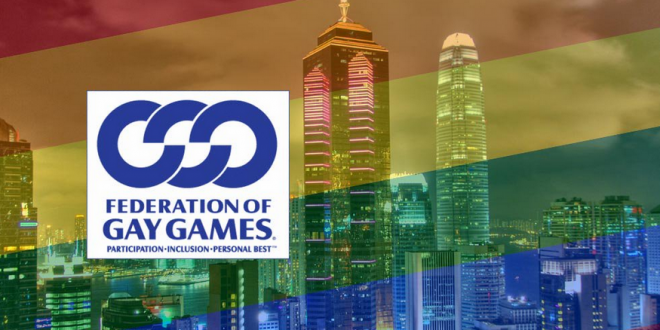 The Federation of Gay Games on Monday announced it has selected Hong Kong over D.C. and Guadalajara, Mexico, to host the 2022 Gay Games, the quadrennial international LGBT sports event that’s expected to attract as many as 15,000 athletes and thousands more spectators to the host city.

The announcement came at a news conference in Paris during the Annual General Assembly of the Federation of Gay Games, the U.S. based group that organizes the Gay Games and selects the host city.

The news conference announcing the selection of the host city for the 2022 Gay Games was held immediately prior to a gala dinner hosted by Paris Mayor Anne Hidalgo, whose city will be hosting the 2018 Gay Games.

The 2014 Gay Games in Cleveland was the most financially successful to date, generating an estimated $52 million for the local economy and a small profit for organizers. The story linked above notes that DC may have lost their bid because of Trump. Below is Hong Kong’s bid trailer.