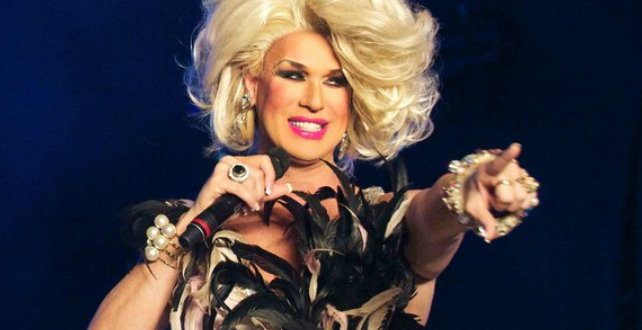 Back in July, homocon Miami drag queen Elaine Lancaster claimed she had been black-balled from gigs after appearing on CNN to defend Donald Trump. Yesterday a South Beach venue showed her the door after she posted a typically douchey message on Facebook.

Lancaster says she wasn’t fired, that she quit — and besides, she doesn’t need the money, anyway. “I quit Brandon yesterday, Sunday. I can come back anytime I want to come back. There’s a lot of hate that’s been generated for him and is making him uncomfortable,” she said. “I just got my inheritance. My mother is still alive, but I got it anyway. So I don’t have to work another day if I don’t want to.”

Not only that, Lancaster says she’s got a better gig: Traveling around the world with conservative gay author and provocateur Milo Yiannopoulos. “It’s a free-speech rally promoting Milo’s free-speech book. It’s going to be a love fest. I’m going to tell my story, how I came into doing drag,” said Lancaster, known off-stage as James Davis. “First we’re going to Orlando on Friday. The next one is in Australia. International destinations. The tour hasn’t been laid out yet.”