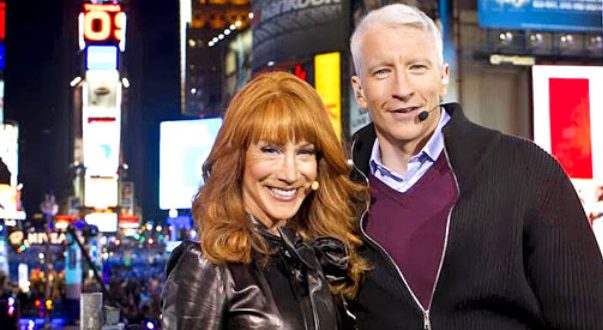 In a Daily Beast interview that’s mostly about Kathy Griffin’s very public feud with celebrity lawyer Lisa Bloom, we get this tidbit:

When Kevin Frazier of Entertainment Tonight asked her whether she had spoken to Anderson Cooper, her longtime friend, co-host, and comic foil on CNN’s New Year’s Eve show, she shook her head, cried, and managed to blurt how deeply he had hurt her by tweeting: “For the record, I am appalled by the photo shoot Kathy Griffin took part in. It is clearly disgusting and completely inappropriate.” (In her interview with The Daily Beast, Griffin laughingly quoted a quip “from my gays,” as she put it, slamming the gay Cooper, a scion of the storied Vanderbilt family, as “The Spineless Heiress.”)