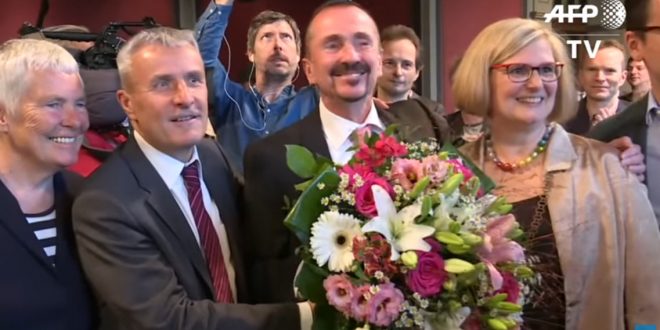 Two men have become the first gay couple to marry in Germany, on the day gay marriage became legal there. Karl Kreile and Bodo Mende, a couple for 38 years, exchanged their vows at the town hall in Schöneberg, Berlin.

Registry offices in several German cities were opening, unusually, on Sunday to allow couples to wed on the first day it was legally possible. Getting married will give gay couples the same tax advantages and adoption rights as heterosexual couples.

The German parliament voted to introduce marriage equality in June, after Chancellor Angela Merkel unexpectedly dropped her longstanding opposition to parliament holding a vote on the issue.