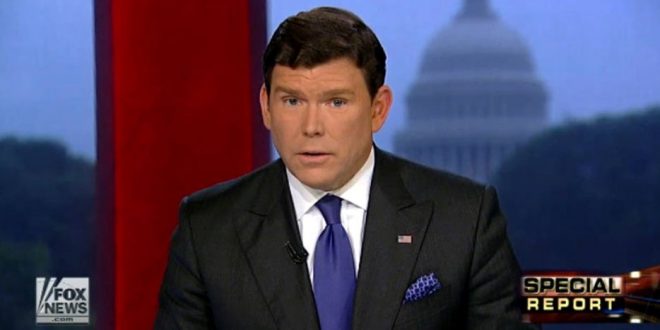 Fox News says the “fake news” mainstream media isn’t to blame for once, and it is instead pointing to the president. No, you aren’t reading that wrong. Anchor Bret Baier said no one other than President Donald Trump is the cause of the latest controversy involving the White House—over calling families of fallen soldiers, including the four recently killed in Niger.

Baier told host Sandra Smith that while “some people in town” will “blame the media for jumping and focusing on” this issue, Trump “turned it to previous presidents and whether they called or didn’t call,” and that was “what started this whole cascade.” Baier continued: “The president opened this door.”