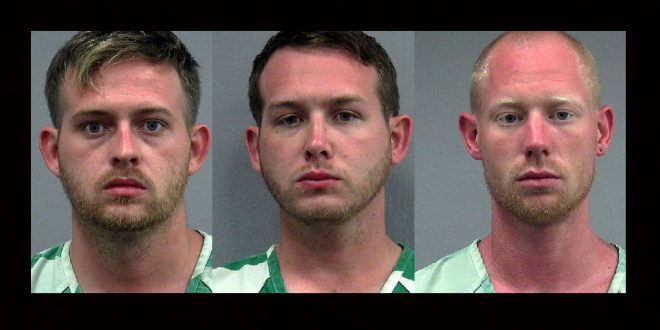 According to GPD, the altercation became increasingly hostile and Tenbrink fired a single shot at the group. The bullet missed the protesters and struck a nearby building. The men then fled the scene in the jeep. One of the protesters managed to see the vehicle tag number and immediately reported it to police.

One of the men had been interviewed by local news before the incident. All three reside in Texas.

Will, from Texas, says US should be an ethnostate. Here to see #SpencerAtUF @cbs12 @circa pic.twitter.com/JEyCkME14z