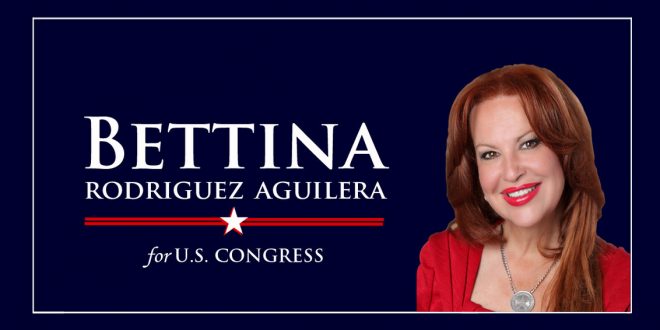 Florida has a U.S. senator who once flew aboard the Space Shuttle. A congressional candidate from Miami can go one better: Bettina Rodriguez Aguilera says she’s been aboard a spaceship too. But this one was crewed by aliens. As in extraterrestrials.

Three blond, big-bodied beings — two females, one male — visited her when she was 7 years old and have communicated telepathically with her several times in her life, she says. (Sen. Bill Nelson served as payload officer aboard the Space Shuttle Columbia in 1986. All seven people aboard were from Earth. As far as is known.)

She described “going up” inside the spaceship — though whether it went into space or just hovered around town was left unclear. “I went in. There were some round seats that were there, and some quartz rocks that controlled the ship — not like airplanes,” Rodriguez Aguilera said.

Hit the link for more about Aguilera’s flying saucer experience and bizarre beliefs.