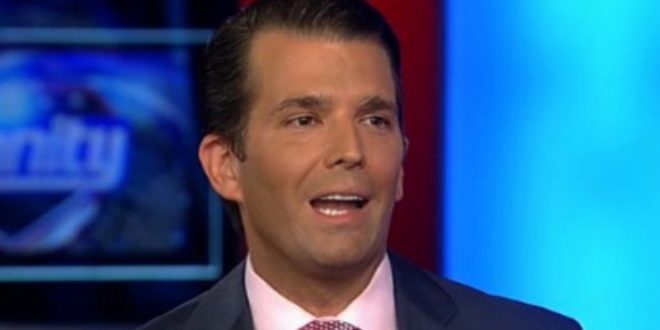 President Donald Trump’s re-election committee paid almost $238,000 in the third quarter to the law firm representing Donald Trump Jr. in connection with ongoing investigations of Russian interference in the 2016 election, according to campaign finance disclosures.

Trump’s campaign made two payments — one in mid July, the other in early August — to the law firm of Alan S. Futerfas, a lawyer for the president’s son, who is facing scrutiny over a 2016 meeting he had with a Russian lawyer while seeking damaging information about Democrat Hillary Clinton. The third-quarter disclosures with the Federal Election Commission didn’t specify what the legal expenses were for. Futerfas declined to comment. The Trump campaign and the White House didn’t immediately respond to requests for comment.

Trump’s campaign paid $1.1 million for legal services from July to September, up from $677,827 in the second quarter and $249,344 in the first, according to the disclosures. The bulk went to Jones Day, the campaign’s law firm, and $25,885 was paid to the Trump Corporation, now run by Trump Jr. and his brother, Eric.