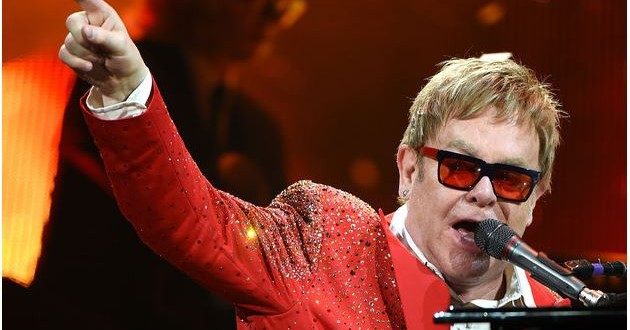 The singer, an advocate for HIV patients, said that Price’s comments captured on videotape during a legislative meeting last week are “horrific, discriminatory, and astonishingly ill-informed.”

“As a doctor and elected official from a state where people are still contracting HIV at an alarming rate, Mrs. Price should know better than to demonize people and perpetuate myths that stigmatize people living with HIV,” John said in a statement released through the Elton John AIDS Foundation.

Elton is a longtime resident of Atlanta. Price is a medical doctor and is married to former HHS Sec. Tom Price, who resigned last month after a private jet scandal. Yesterday she defended her statements as merely “provocative.”

In 2005, Elton performed at Trump’s third wedding. In December of that year Trump celebrated Elton with a blog post:

Elton credits David with helping him kick drug and alcohol addictions that nearly killed him. The pair has been together for 12 years. I know both of them and they get along wonderfully. It’s a marriage that’s going to work.

Elton made the ceremony a small private affair involving only his and David’s parents as witnesses. The couple just didn’t want to make a big deal out of the wedding. They really wanted to keep things low key.

In any event, I’m very happy for them. If two people dig each other, they dig each other. Good luck, Elton. Good luck, David. Have a great life. (But because I wasn’t invited, do I still have to send them a toaster?)