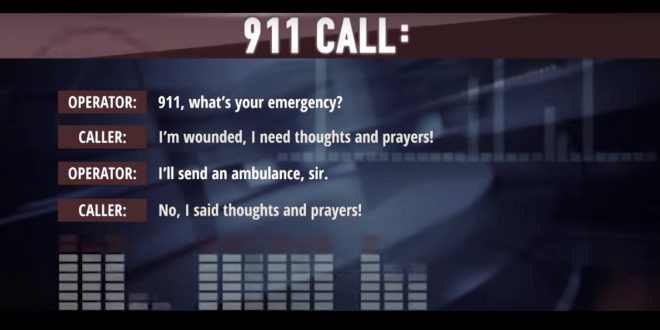 When the rest of the world looks at America’s gun problem, it’s often with bafflement. Sunday with Lubach, which is sort of like the Dutch version of Last Week Tonight with John Oliver, looked at guns — specifically, the US’s love of firearms. And it’s very telling.

“NRA is a constitutional disorder caused by a dysfunction of the prefrontal Second Amendment in the nonsensical cortex, causing patients to shoot people,” the narrator explains. “It starts with an innocent Colt, but soon patients will show signs of shotguns, sniper rifles, and M16s even. Often, patients use silencers to hide their condition.”