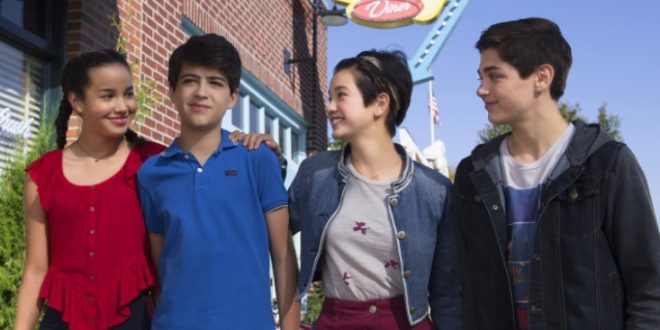 The Disney Channel show “Andi Mack” will break new ground for the network during its second season premiere this Friday, October 27 at 8pm ET/PT when it introduces its first LGBTQ storyline. In the episode, Andi’s friend Cyrus lets Buffy know that he has a crush on the same boy Andi does.

In the episode, Cyrus confides in Buffy. The scene, and what Buffy says to Cyrus, makes for positive role models both for kids and adult viewers. In subsequent episodes, Cyrus begins to understand himself, and can count on his supportive friends Buffy and Andi who, as teenagers, are also on a journey to self-discovery. He also grapples with how to tell his new girlfriend, Iris, about his new understanding of himself.