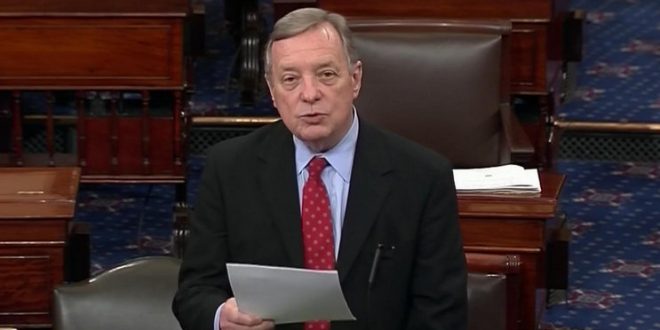 Sen. Dick Durbin (D-Ill.) predicted that Democrats would lose to President Trump again if they are too liberal. Durbin — the second highest-ranking Democrat in the Senate — said on local Chicago radio station WLS-AM on Sunday that Democrats shouldn’t “overdo it” by acting too liberal in response to Trump.

“We don’t give up on our values, but we better be sensitive, too, that there are people with more moderate views, and people who may disagree with some parts of the Democratic platform as they are presented. We’ve got to be open to that possibility,” he said.