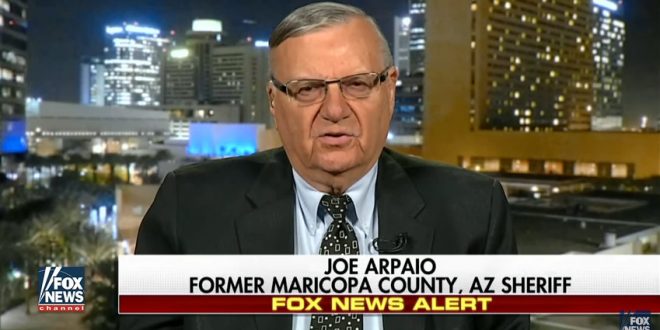 Saying the president can’t erase facts, a federal judge on Thursday rejected a bid by former Maricopa County Sheriff Joe Arpaio to have all record of his criminal conviction wiped out.

Susan Bolton said she already dismissed the criminal contempt case against Arpaio following the decision by President Trump to issue a pardon. That saved the former sheriff, who had been found guilty, from the possibility of going to jail for up to six months.

But Bolton rebuffed Arpaio’s claim that the pardon also entitled him to have the entire conviction erased. “The power to pardon is an executive prerogative of mercy, not of judicial record-keeping,” Bolton wrote, quoting earlier court precedent.

Trump’s pardon means that Arpaio cannot appeal his conviction, which further opens him up to civil lawsuits from his victims. (Tipped by JMG reader TJ)