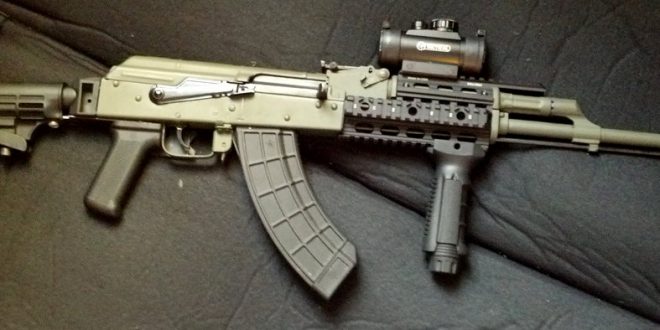 Bump stocks are selling out across America as momentum gathers in Congress to ban the rifle modification used by the Las Vegas shooter to obtain catastrophically high rates of fire. The devices are sold out or temporarily unavailable from all the largest gun and ammunition retailers in the US, as fear of an impending ban has sent many gun enthusiasts hoarding.

“Will I be able to order sometime soon? I want to get one before there is a push to make them illegal,” one commenter posted on the Facebook page of Bump Fire Systems, one of three major US manufacturers of the devices. The company’s website had been down for more than two days citing “high traffic volume.”

Major online sporting good retailers like Cabelas, Cheaper Than Dirt and Walmart were all sold out of the devices as of Thursday morning. Slide Fire, the first and largest manufacturer of the devices reported on its website that it had “decided to temporarily suspend taking new orders”.

Previous DOJ Rescinds Transgender Employment Protections
Next Newsweek: Does God Believe In Trump? Why White Evangelicals Are Sticking With Their “Prince Of Lies”