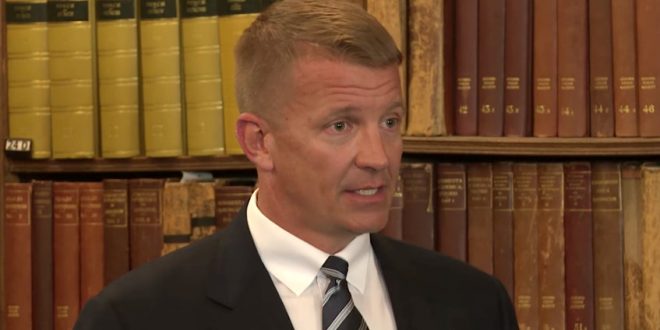 Blackwater Worldwide founder Erik Prince is considering a Republican primary challenge to Wyoming Sen. John Barrasso, a senior member of the Senate GOP leadership team, in a race that could pit the party’s establishment against insurgents inspired by allies of President Donald Trump.

Prince was in Wyoming this weekend to discuss a possible Senate campaign with family members and has been encouraged to run by Steve Bannon, a former top White House strategist to Trump, according to a person who spoke on condition of anonymity to describe the private deliberations. Prince is the brother of Education Secretary Betsy DeVos, the former chair of the Michigan Republican Party.

Following the Republican failure to scrap Barack Obama’s health care law, Bannon has been recruiting populist Republican Senate candidates to counter the influence of Senate Majority Leader Mitch McConnell, who has become the target of a simmering anti-incumbent mood. Barrasso is a close McConnell ally and would receive extensive support from the Senate GOP leader and the Senate Republicans’ campaign arm in a competitive primary.

Previous GOP Sen. Bob Corker: Trump Is A Liar Whose Reckless Threats Could Set Us “On The Path To World War III”
Next Trump: Mike Pence’s NFL Stunt Was “Long-Planned”