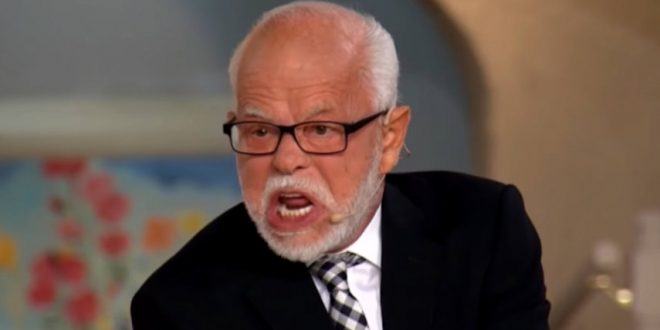 Bisexual Scamvangelist Jim Bakker: Threats To Impeach Trump Are Totally A Sign Of The Apocalypse [VIDEO]

End Times prepper pastor Jim Bakker said on his television program today that the attacks on President Trump are a sign that the White Horse of the Apocalypse is galloping across America and that the wildfires and Hollywood sexual assault scandals are God’s judgment on California.

“They’re still taking about it. Others, this last few days have filed more impeachment papers against our president. It’s insane! They have no basis to base it on but rhetoric and words. Anti-American spirit, you see this in the world today.”

Bakker goes on to predict imminent earthquakes for “the west coast, the east coast, both coasts!”