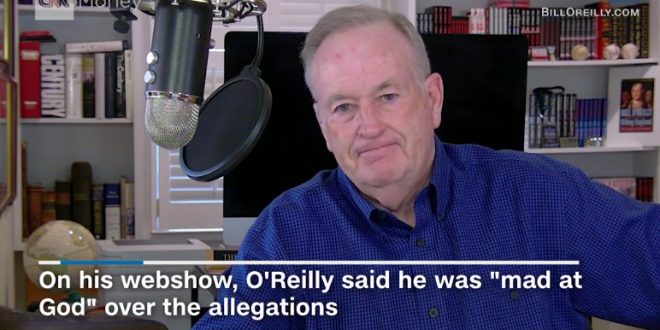 Bill O’Reilly says he’s mad at God over the sexual harassment allegations that drove him off the air at Fox News earlier this year. “You know, am I mad at God? Yeah, I’m mad at him,” the devout Catholic said on his subscription web series, according to CNN. “I wish I had more protection. I wish this stuff didn’t happen. I can’t explain it to you. Yeah, I’m mad at him.”

He said again that he settled with several accusers ― including a $32 million settlement reported over the weekend by The New York Times ― to protect his family. O’Reilly said the newspaper’s latest report was an effort to “kill” him after his new book made the bestseller lists.