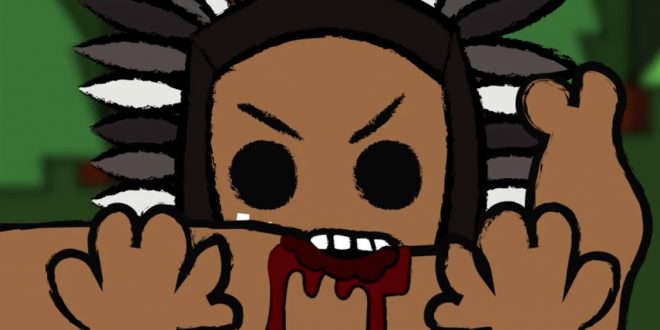 The Daily Wire’s animated video begins with a caption that sarcastically reads, “The North American indigenous people are a noble people…” Then, a group of Native Americans are seen slaughtering and even eating each other.

But alas, there is hope for these evil, murderous savages, as the clip then cuts to a very Caucasian looking Christopher Columbus arriving on the North American continent and taming the indigenous people. He does this by teaching them how to construct buildings, raise cattle, and farm crops — though, the video does not include the ethnic genocide, land-stealing, and rape that Columbus and his crew are known by many for.

Has the president retweeted the Daily Wire video yet

—@benshapiro tells me he’s on vacation/didn’t green light @realDailyWire‘s Columbus Day vid, but says it’s satire & should be judged as such pic.twitter.com/LloK7nyenH

It’s not satire if you’re… you, know, this is why all the “it’s like a conservative Daily Show” attempts flopped. https://t.co/ibw9pM5DDc

this is so racist that I don’t even know what else to say. whiteness is something else. https://t.co/VkbSTPzzZc