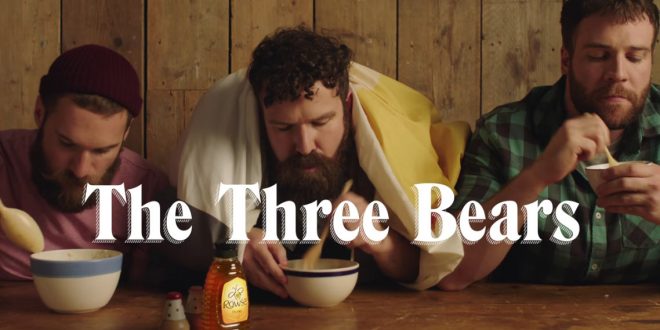 Once upon a time, there were three bears who lived in a house deep in the sun-dappled woods. We’re talking about Matt, Joel and Phil.

In the most famous version of the classic fairytale, a wee lass named Goldilocks wanders into the home of a papa, mama and baby bear, sampling each one’s bowl of porridge to see which suits her taste.

BMB’s reimagines the story as a short-form online cooking show, and Goldilocks is nowhere in sight. Only papa bears live in this particular cottage. But piping-hot porridge—topped with Rowse Honey, of course—still has a role to play.

Hit the link for more about how the campaign came to be and how the three bears were chosen.