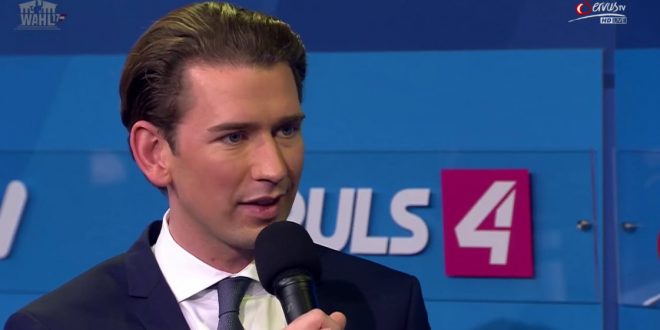 Austria became the latest European country to take a sharp turn right on Sunday, with the conservative People’s Party riding a hard-line position on immigration to victory in national elections and likely to form a government with a nationalist party that has long advocated for an even tougher stance.

The result puts the 31-year-old foreign minister and People’s Party leader, Sebastian Kurz, in line to become Austria’s next chancellor after a campaign in which he emphasized the need to strengthen border controls, reduce caps on refugees and slash benefits for newcomers. Much of Kurz’s rhetoric echoed positions long held by the Freedom Party, which for decades has anchored the far right of politics in this nation of 8.7 million.

In France this spring, National Front leader Marine Le Pen made it to the final round of the presidential election. Just last month, the Alternative for Germany Party took 13 percent of the vote — putting a far-right party in the German Parliament for the first time in more than half a century. But unlike in those nations, in Austria the far right is expected to become part of the government.

Kurz will be the world’s youngest national leader. Some right wing sites are crowing that he’s the nationalist version of “glamour boys” Justin Trudeau and Emmanuel Macron.