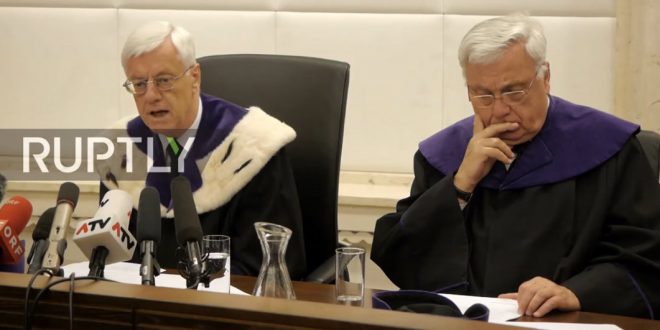 In a decision of 12 October just delivered, the Austrian Constitutional Court followed all my arguments and reversed its case-law (that segregation in marriage and registered partnerships is admissible.)

I am representing five children (and their same-gender parents) arguing that the marriage ban stigmatizes the children as illegitimate and the families as second-class families.

The government now has some weeks for observations. The final judgment of the CCt is expected for December, so that same-gender couples could be allowed to marry in Austria from January 2018. So far no European court has turned down a marriage ban for same-gender couples. Austria would be the first.

If the follow-up ruling is positive, Austria would become the 26th nation to legalize same-sex marriage. Unless Australia beats them to it.

It’s worth keeping in mind that Austria lurched sharply to the right in this week’s national elections and both parties that will form the coalition government oppose equal marriage.