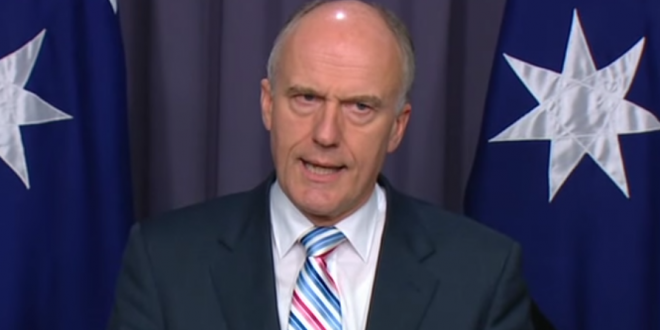 Conservative MPs believe up to 100 amendments are needed to a same-sex marriage Bill being proposed if the Yes vote succeeds, posing a major test for Prime Minister Malcolm Turnbull as he seeks to manage an emerging partyroom split.

With expectations growing that the Yes vote will be successful next month, conservative MPs are preparing a major reworking of a Bill proposed by WA senator Dean Smith that would have between 60 and 100 amendments put forward, sources say.

A group of conservative MPs are working on a revised Bill amid fears that moderates — including leader of government business Christopher Pyne — may rush through the Smith Bill without adequate partyroom debate.

More from Out In Perth:

Tasmanian senator Eric Abetz [photo] has declared that the bill Senator Smith developed, based on the findings of a senate inquiry into the issue, was “not acceptable as a starting point” for may eventually become law.

Senator Abetz, a leading voice of the ‘No’ campaign and longtime opponent of marriage equality, said he was not admitting defeat in survey, but if the ‘Yes’ campaign was successful, Senator Smith’s bill would not be sufficient.

“It is seriously inadequate, as parents, freedom of speech and religious freedom, along with conscientious objection, all need full protection,” Senator Abetz said.