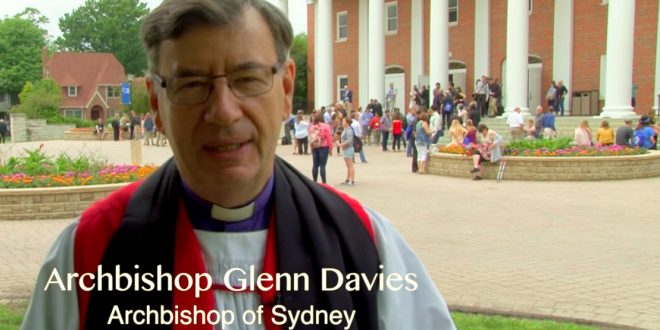 Several Sydney clerics are in revolt over the Anglican Church’s decision to donate $1 million to the “no” campaign on same-sex marriage, declaring themselves shattered and disappointed. Archbishop Glenn Davies revealed the donation at the opening of the 51st Synod on Monday, declaring same-sex marriage “unwarranted”. “The stakes are high and the cost is high,” he said.

Rebel clergy in Sydney were openly fuming about the decision on Tuesday, pointing to diverse views among Anglicans on same-sex marriage, and other social issues on which the money could have been spent.  “I’m shattered,” said Reverend Dave Smith, parish priest at Holy Trinity in Dulwich Hill. “I think there’s a degree of shock [among the congregation]. I think they are taking it pretty hard.”

St James’ rector Father Andrew Sempell was so enraged by the decision he wrote a paper in response to Archbishop Davies, which he hopes to present at the ongoing Synod. Father Sempell also cited the poor financial management of the diocese in recent years, which saw its assets crumble amid the global financial crisis. “They did everything wrong that you could possibly do,” he said. “Which sort of begs the question: why are they throwing money around like this?”

Ever since founder Henry VIII beheaded two wives and divorced three, the Anglican church has proudly fought for traditional marriage.

I guess it was a tough choice between helping the poor and funding bigotry … https://t.co/9v0ey6cJNK

“We are on the wrong side of grace”, Anglican rector criticises $1m donation to no campaign – marriage equality https://t.co/REPzvVK9vi