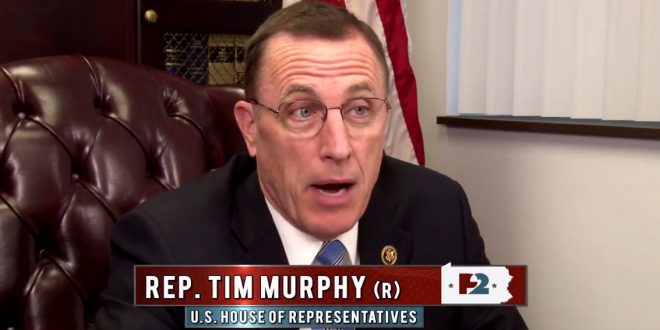 Republican Congressman Tim Murphy of Pennsylvania has announced plans to retire at the end of this term — amid tawdry revelations of an extramarital affair. Murphy, who is in his eighth term, says in a statement Wednesday that he will “take personal time to seek help as my family and I continue to work through our personal difficulties.”

Murphy’s statement comes a day after a local newspaper published text messages indicating that the congressman, who opposes abortion, asked his mistress to get an abortion when he thought she was pregnant. It turned out she wasn’t. Murphy had recently acknowledged his affair with Shannon Edwards, which became public as a result of her divorce proceedings.

Previous Alex Jones: Everybody Needs To Carry A Gun Because Democrats Will Do Mass-Shootings To Start Civil War
Next Trump Pushes Senate To Investigate News Networks