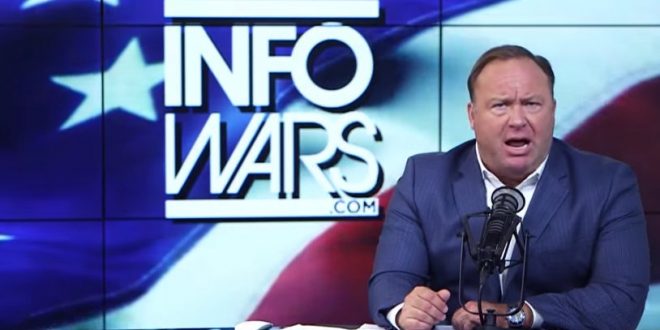 Alex Jones: Send Your Tithes To Me, Not Pastors Who Spend It On Hookers, Cocaine, And Helicopters [VIDEO]

“Is your local church fighting the globalists? Is it exposing the pedophile rings? Is it exposing the new world order? These churches want to play it safe right into hell. I know about these preachers behind the scenes. Let me tell you, I’ve never seen hookers that look so good. So you just need to understand these people got helicopters, they got cocaine, and they are partying. Everyone worships these stupid preachers and they’re not doing anything to fight the world government.” – Alex Jones, telling his followers to “tithe” to InfoWars instead of megachurches.