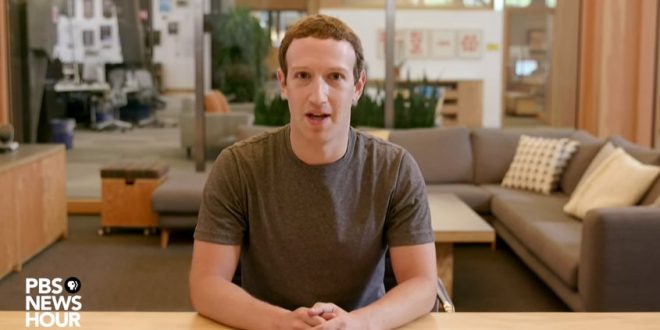 I want to respond to President Trump’s tweet this morning claiming Facebook has always been against him. Every day I work to bring people together and build a community for everyone. We hope to give all people a voice and create a platform for all ideas. Trump says Facebook is against him. Liberals say we helped Trump. Both sides are upset about ideas and content they don’t like. That’s what running a platform for all ideas looks like.

The facts suggest the greatest role Facebook played in the 2016 election was different from what most are saying: More people had a voice in this election than ever before. There were billions of interactions discussing the issues that may have never happened offline. Every topic was discussed, not just what the media covered. This was the first US election where the internet was a primary way candidates communicated. Every candidate had a Facebook page to communicate directly with tens of millions of followers every day.

After the election, I made a comment that I thought the idea misinformation on Facebook changed the outcome of the election was a crazy idea. Calling that crazy was dismissive and I regret it. This is too important an issue to be dismissive. But the data we have has always shown that our broader impact — from giving people a voice to enabling candidates to communicate directly to helping millions of people vote — played a far bigger role in this election.

Previous Trump Hesitates To Lift Shipping Restriction For Puerto Rico, Same Law Was Waived For Texas And Florida
Next Tony Perkins: Most STDs Are “Incurable”