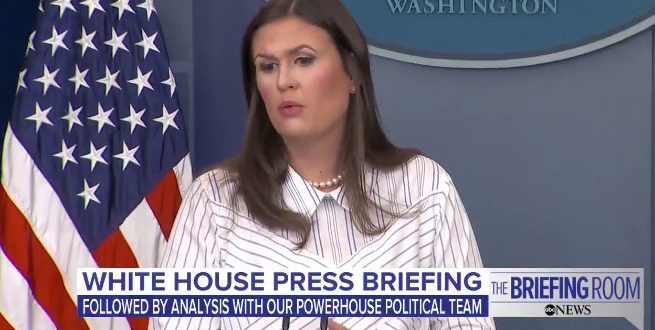 White House Suggests Prosecuting Comey: It’s The Job Of The DOJ And They Should Look At Doing It [VIDEO]

“I think everyone knows where the president stands on that issue. The president is proud of the decision he made. The president was 100 percent right in firing James Comey. He knew at the time that it could be bad for him politically, but he also knew and felt he had an obligation to do what was right.”

Sanders accused Comey of leaking government information and potentially illegal behavior. She was asked the White House wanted to see Comey prosecuted for his alleged illegal behavior. “That’s not the president’s role,” Sanders replied. “That’s the job of the Department of Justice — and something they should certainly look at.”

Press Sec. Sarah Sanders says whether former FBI Dir. James Comey should be prosecuted is something the DOJ “should certainly look at.” pic.twitter.com/9HqnhTUwtr