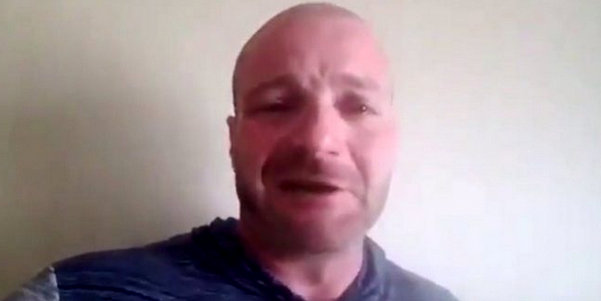 Jailed and denied bond for three felony counts related to allegedly pepper spraying two people during an August 11 tiki-torch march on Grounds at the University of Virginia, Christopher Cantwell denies those claims and says the only person he pepper sprayed that weekend didn’t file charges. He says his status as a “political prisoner” hasn’t kept him from preaching his doctrine.

That’s right. Cantwell is “LIVE from Seg!,” as in segregated from the general prison population. And though he can’t measure his analytics from a jail cell, he expects that more than 10,000 people have been tuning in to each episode to hear him gab with buddies Jared Howe, Mike Enoch and Jason Kessler.

“Jason is a guy who picks up the goddamn phone when I call him, which I cannot say for everybody else,” says Cantwell. “Jason picks up the phone. Jason records the calls. Jason sends them to the guy who’s running my website, so Jason is helpful to me in that he insists on my voice being heard.”

Cantwell says he’s content to be held in solitary, otherwise a “cage full of fine, upstanding, young black gentlemen” might decide to become celebrities by murdering him.

In addition to his phone-to-radio show, Cantwell is raising money on a crowdfunding site called GoyFundMe (yes, really) and reading a copy Mein Kampf mailed to him by a “friend or foe.” His next court appearance is November 9th.