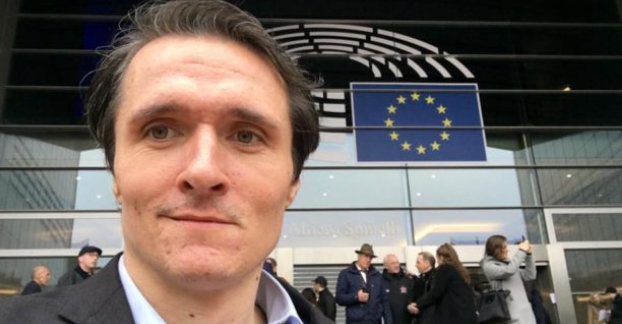 A leading purveyor of fake news in the 2016 presidential election has died outside Phoenix at the age of 38. Maricopa County Sheriff’s Office spokesman Mark Casey said Tuesday authorities discovered Paul Horner dead in his bed on Sept. 18.

Casey said the Maricopa County medical examiner performed an autopsy which showed there were no signs of foul play. He said Horner had a history of prescription drug abuse and that “evidence at the scene suggested this could be an accidental overdose.”

Horner was known for writing false stories and disseminating internet hoaxes that often went viral on Facebook and hoodwinked thousands of people. They included a story falsely claiming President Barack Obama was gay and a radical Muslim, and another saying protesters were being paid thousands of dollars to demonstrate at Donald Trump’s campaign rallies.

“Honestly, people are definitely dumber. They just keep passing stuff around. Nobody fact-checks anything anymore — I mean, that’s how Trump got elected. He just said whatever he wanted, and people believed everything, and when the things he said turned out not to be true, people didn’t care because they’d already accepted it. It’s real scary. I’ve never seen anything like it.

“My sites were picked up by Trump supporters all the time. I think Trump is in the White House because of me. His followers don’t fact-check anything — they’ll post everything, believe anything. His campaign manager posted my story about a protester getting paid $3,500 as fact. Like, I made that up. I posted a fake ad on Craigslist.”