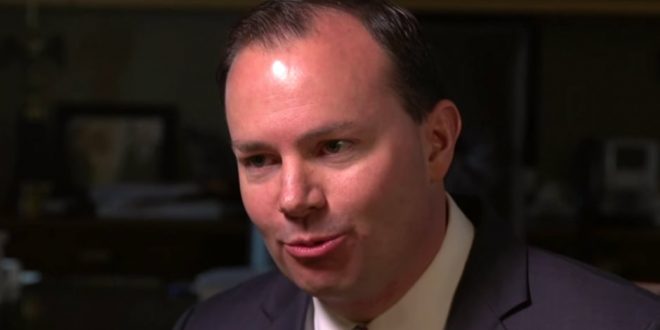 Nearly all of the Utah State Senate has signed on in support of a Colorado shop who refused to bake a wedding cake for a same-sex couple in a case now pending before the U.S. Supreme Court.

The Church of Jesus Christ of Latter-day Saints and Sen. Mike Lee, R-Utah [photo], also signed on in support of Masterpiece Cake Shop in a series of amicus filings. For 22 of the 24 members of the Utah State Senate’s Republican majority caucus, they insist they are not anti-gay, and spent part of their filing defending their record on LGBTQ rights.

“This ‘Utah Compromise’ brought together LGBT organizations and faith groups with the mutual goal of achieving fairness for all in state employment and housing laws.”

Utah is among the majority of states where it remains completely legal to discriminate against LGBT consumers.

Mike Lee is the primary US Senate sponsor of the so-called First Amendment Defense Act, which would bar the federal government from acting against any person, business, or entity who discriminates against LGBT Americans in the name of White Jesus.