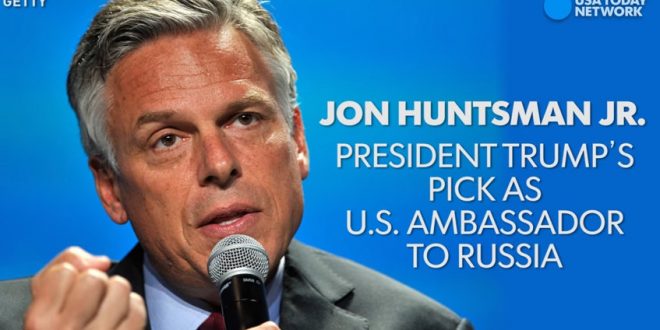 Former Utah Gov. Jon Huntsman (R), President Trump’s choice to serve as U.S. ambassador to Russia, said Tuesday that there is “no question” that the Kremlin interfered in the 2016 presidential election. Huntsman made the declaration during his opening statement when testifying before Congress at his confirmation hearing.

“There is no question that the Russian government interfered in the U.S. election last year,” Huntsman said, adding, “Moscow continues to meddle in the democratic processes of our friends and allies.”

Trump has at times voiced doubt on the U.S. intelligence community’s conclusion that Russia sought to interfere in the election using cyberattacks and disinformation, suggesting that other actors could have been responsible.